“The Royal Canadian Mint is very proud to stand out as a diverse and innovative player in the bullion industry with products that create excitement among precious metal investors and collectors around the world,” Marc Brûlé, Interim President and CEO of the Royal Canadian Mint, said. “We are pleased that our new ‘Red-Tailed Hawk’ pure silver and our ‘Growling Cougar’ 5-9s gold bullion coins are answering sustained demand for the quality, purity and originality that are the hallmarks of the Royal Canadian Mint.” 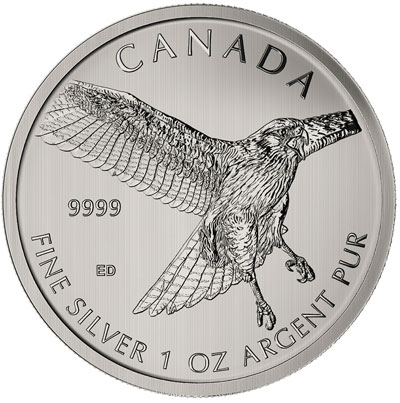 The 2015  “Red Tailed Hawk” is the third release of the four coin 1 oz 99.99% pure silver bullion Canadian Birds of Prey series. The reverse design features a clear illustration of the agile airborne predator by acclaimed Canadian coin designer and nature illustrator Emily Damstra.  The maximum mintage of the new coins will one million. 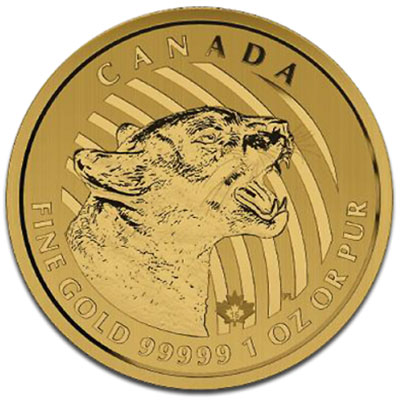 The second release of the three coin 1 oz 99.999% pure gold bullion Call of The Wild series is the 2015 “Growing Cougar.” The coins in this series have a denomination of $200, representing the largest legal tender value amongst the world’s 1 oz gold bullion coins.

The reverse design by Canadian artist Pierre Leduc illustrates a cougar with lines representing the sound waves of its unmistakable growl. The Royal Canadian Mint’s micro-engraved visible security feature is also incorporated, something the RCM is doing more of. These coins will be produced as demand dictates.

In keeping with a distribution model common to the world’s major bullion coin issuers, the Mint does not sell bullion directly to the public. Interested buyers can contact a reputable bullion dealer to order these new gold and silver bullion coins.